I would very much like to visit Stoneleigh and have a look at the show if it takes place in 2021 and if I could take some days off early May.

The official site is not showing any sign of heartbeat. The site at least tells that its 2020 show was cancelled and the tickets are not to be paid back and that the organizer asks the ticket holders to keep it for 2021 show.

There is on guaranty that it will take place in 2021 as the phantom COVID-19 pandemic is still to be contained if it gets ever. We (humans) have never contained a common cold caused by "old" Corona viruses and we will never. So why do we have to contain this "new" Corona virus now?

It does not make sense.

What is my favorite camping cooking gear?

Trangia 25 basic set:
Consisting of
A (1) bigger pot and a (2) smaller pot
A(3) flat pan, which also serves as a lid
A set of one stove (4) lower and (5) upper body
A (6) alcohol spirit burner
A (7) grip handle to pinch everything that's hot (as pots and pan do not have any handles attached)
A (8) strap that ties the entire kit down when tacked together

I bought this set back in 2006 (maybe?) and at that time I was living in Germany.

I bought additionally a plastic plate (a genuine accessory part named "multi disc") that you can use as a cutting board, as a lower guard on snow surface so the stove won't sink in as it melts the snow under or as a utensil to discard the cooking water while keeping the food inside the pot.

I used to use the original alcohol burner for years before switching to the gas burner.

I think the Trangia (should be pronounced "tran-gear" as is so pronounced by a Swede in a YouTube video but not "tran-jeer". I frequently hear English-speaking people call it "tran-jeer") is pretty much a bullet-proof cooking gear.

I used it on Mont Ventoux just, say, 100 meters (altitude-wise) down the summit on a very very windy day effortlessly. If you know what I mean by the preceding sentence, I don't have to explain any more to back my testimony up.

The genuine gas burner and also the non-genuine compatible gas burner are capable of liquid feeding. A preheating mechanism is built in the burner. This liquid feeding (as opposed to evaporated gas feeding) capability is essential under cold environment, in other words, Winter time. Even though my camping (during the road bike racing season) is limited to Spring to Fall period, sometime I encounter near zero (Celsius) or subzero conditions.

I should shoot a video and upload it explaining the above on YouTube. OK, someday soon.

I found another pressurized-air-operated portable shower equipment sold on the Amazon. The Hozelock PortaShower was from a company in England. This one is called Freshower and it is from a company (www.epicaspa.com) in Italy.

The name is kind of corny but makes sense.

This company Epicaspa is so kind to tell us that its dimension is 19 x 19 x 41 cm and the tank volume is also 7 litters. So it is almost identical with the one from Hozelock. 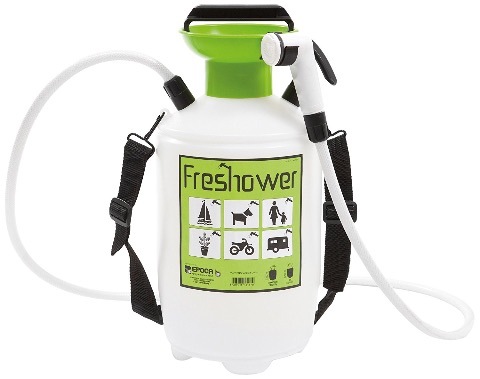 The prices are almost the same at least on the Amazon.

Should I buy one?

There are other garden sprayers produced by other companies in Europe but I wonder why their portable shower variants (if any) won't be visible on the Amazon.

Now the B sample is confirmed to be also positive. He is running out of excuses. Even if it was caused by a mistake, he is ultimately responsible for what is in his body.

The biggest problem is that he is the most prominent rider of all the riders out there. If he were not punished for this, almost everybody would say it is not fair.

Would he get a ban? He will. I am sorry but the rules are rules.

When I saw the title of this film and its category (or genre), I immediately thought of its plot as follows.

It must be a documentary about the theory that if we ate vegetable food instead of meat, there will be enough food to feed all of us on earth.

My hunch was almost correct and the only thing I missed was that this film focused more on environmental issues rather than famines and fights over food in some parts of the world.

Why did I know what the movie was about before watching it just by its title?

Because I read a small article advocating this theory long time ago when I was . . . certainly a teenager (more than 30 years ago I am afraid).

The article that I read was a simple one and it was all about an equation. This equation was also featured in the film (Cowspiracy The Sustainability Secret).

If we ate the plants directly instead of feeding them to the animals that will eventually give us their flesh as meet. The equation was all about the share of lost in translation in the equation. The amount of the plants the cattle eat won't be the weight they get. They have to take piss, shit and belch a lot occasionally.

I did not give much thought about it and subsequently did not become a vegetarian or vegan.

Now after watching the movie I thought of becoming a loose vegetarian.

www.cowspiracy.com offers some merchandises but it is difficult for me to get them because of the shipping charges. I would very much like to get one of them, indeed.

I would like to help their cause. How can I do it?

To buy or not to buy
Previously I wrote about the equipment that would give some decent comfortable experience while camping out in the wild. Out of 4 weeks during the camping car travel following the Tour de France, I guess I spent around 10 days (or more?) in the wild on average.

How many nights will I spend sleeping in the tent where no camping sites are available (during the Tour de France 2018)?

There are usually no camping site operators in the middle of mountains. Some people (typically retired senior couples) come in very comfortably equipped mobile homes and sleep like a king or queen. Some (gutsy adventurous youngish not necessarily actually young men and women) on touring bikes (bicycles) with a load of pannier bags full of stuff and sleep in tiny tents. Some (no stereotypes but those not with too much money?) in cargo or passenger vans with the interior converted to a bed room. Others come with normal passenger cars just like me. Many people just put up tents and sleep there.

All men are not created equal: Some have the privacy of bedroom and bathroom but others not so much.

It is very common to see people just sleeping in tents on the roadside (of course along the course of next day's stage) during the Tour de France. It is relatively safe to do so if there are other people doing the same. The more (warm bodies), the safer (reads the more, the merrier).


I would like to point out the recent changes to the layout of the stages, in particular the rest days arrangement.

I remember up to year 2012 or 2013 (?), I spent (and slept) more days in the mountains because the rest days came in between mountain stages. That meant that I used to drive to the mountain where next stage would be immediately after the last stage before the rest day and slept there two nights.

So I used to spend consequent four or five nights without checking in a camp site. In those days, I craved for a warm shower in the middle of the mountains where I was sleeping.

Recently I spent the rest day (the rest of the last day before the rest day) driving, just driving.

For example, next year (2018) the first rest day is set between the stages (9 and 10) one finishing in Roubaix (North of France) and the other starting in Annecy (South of France). There lies a whopping distance of 800 km between those two cities. By the time I arrive at Annecy (probably the morning of the rest day), I will be exhausted after driving almost all night. I may visit the hotels where the teams are staying and then I will drive to one of the climbs after shopping for some nourishment.

So how many consequent nights will I spend without access to a warm shower during Stage 9 and 12? It also depends where will be sleeping after Stage 8. Up to 4 or 5 nights?

I want these
I want to have these. 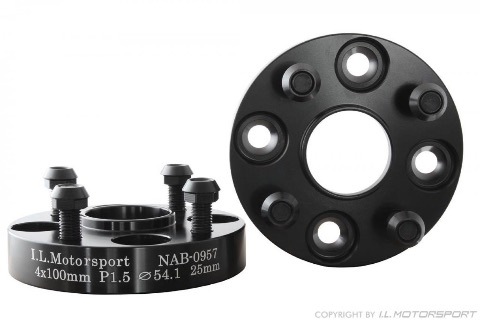 Kleber is also a partner and a tire manufacturer but there will be no conflict because Kleber's focus seems to be agricultural vehicles like tractors and others.

Would Continental be so generous to give us their bicycle tires as free giveaways? I think not but we (spectators) may get some vouchers or coupons promising some discounts.

I bought this Wacaco minipresso NS a while ago.

I was curious even before I had ordered this portable expresso maker whether one of those Nespresso® recycling techniques bore fruit. I mean reusing the used pod shells or using one of those (plastic or metal) multi-use pods really worked.

I looked for them and also read the reviews of the products. Reviews were generally not favourable.

Using the pods (capsules) purchased at the supermarkets with the minipresso NS brews a decent cup of espresso. I wonder preheating the device will make it even better.

Anyways, what I have been curious about was this:

By using the recycling methods, one uses the fine ground espresso powers sold on the shelf (or freshly grind one with a mill). How would the tastes from the electrically operated rather expensive machine and from minipresso differ with the same ground coffee powder?

I recycled the used pod and filled it and then sealed it with aluminium foil. I brewed a cup of expresso with the minipresso. I also prepared a cup with a massive machine intended for the cafes or restaurants.

The one from minipuresso was weak (watery) and did not have much crema on top. The one from the machine was just as expected (good).

They are arriving according to the reports posted on Mr. DCR's blog (http://www.dcrainmaker.com/limits-power-accuracy). The upsetting thing is that they are arriving seemingly at random customers other than in the order of order placed chronologically. They should be arriving on the basis of "first come first served."

What are they thinking? I remember they clearly stated on the original campaign perks description that the power meters would be sent to the backers on the 'first come first served' basis.

They continues to piss us (backers) off.