I am leaving for Compiègne in several hours. This time I am staying overnight in Compiègne. I did not find a cheap hotel room so I will stay at a camping ground. This means I have to bring my tent, sleeping bag and warm jackets to keep me warm during the night.

The weather forecast for the weekend is fine and this will make the morning particularly cold.

I have to pack quickly but lightly. It is only one night.

I am driving to Compiegne, France early Tommorow (Saturday, 08/04/2017 - European way, 04/08/2017 - maybe American way). I will be there before noon. I have not booked a hotel room but I will rather go to a local camping ground not far away from Compiegne.

Sunday, I will following (and overtaking) the race all the way to Roubaix, France. I am excited!

I sent a support request a long time ago and now I received their response. It was a very friendly reply and it was so nice of them to send me a replacement part swiftly. I thanked them for it. How nice of them!

I wish those guys a gook luck. They need it and I need Bluetooth support and newer and improved firmware in return.

There is no irony intended here, really. I patiently wait for their progress and I sincerely wish them a good luck with their products.

DVB-T2 tuner
A DVB-T2 tuner has arrived. One of the tuners that I ordered on ebay. Both of them are coming from China. They are for Android devices like my own tablet. DVB-T2 (European standard, I guess) has begun to spread in France and Germany. In Benelux countries, as far as I know, the implementation of this new compression standard has been delayed.

I noticed last summer (July, 2016) that I could not use a DVB-T device in Paris, France. It was frustrating. Later I found out that France has begun replacing DVB-T with DVB-T2 starting the end of 2015. Paris, the capital of the country, has been given, no doubt, the priority and I think by Summer 2016 DVB-T ceased to exist in that area.

The population coverage statistics may tell you that France has made a great progress by Summer 2016. The replacement has been gradual.

Germany has taken a drastic measure. It has began broadcasting in DVB-T2 this April nationwide.

I am guessing that I have less luck catching a digital terrestrial signal in France with my old DVB-T devices by now. So I had to buy T2-ready devices.

I have done some preliminary tests and found that it worked, at least it seemed. I have to get to the area where either T1 (retrospectively) or T2 signals are reachable to see it it really works (or works badly or fairly).

Finally I found it. A space saver tire for my next car, Mazda MX-5 (ND)! I got up early this morning (a nature's call) and glanced at the items that I am following on ebay on my tablet. "125/70/16" was the text string that I put on the ebay app. There was an item from the UK and it said it was a space saver tire taken from Toyota MR2 2005. I could see it had 4 bolts holes but the description did not mention its pitch circle. Is it 100 mm, 96 mm or else?

Later in the afternoon when I had time, I googled for "MR2 2005 wheel" and found out that it had indeed 4 x 100 mm system. I immediately purchased it.

The price was very agreeable considering the shipping fees and a nice cover for the wheel. I am happy.

Paris-Roubaix is coming. ASO's site www.letour.fr has posted the information. I downloaded the PDF file and compared the race route of 2017 with that of 2016.

There are changes. Cobble stone sectors have increased in number. I have accumulated those sectors on Garmin BaseCamp for the last several years as waypoints. By now all I have to do is to rename those waypoints making them up-to-date.

It will be delivered next week. It has been dispatched already within 24 hours after placing the order. Good job, Evans Cycles! I also bought a Bell Segment helmet. I'll need it when Acton BLINK S2 arrives in June. 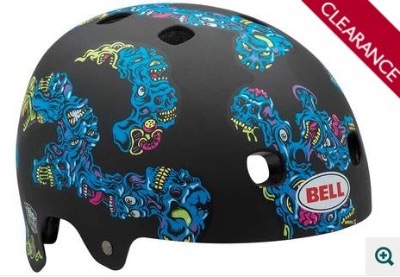 I noticed Today that iTunes listed TomTom navigation app has been updated (version 1.27). On a hunch, I launched Gamin Express on my MacBook Pro mid 2010 and noted that Garmin's map had been also updated to 2018.10 (meaning that it is the first update of year 2018 although real 2018 is far away).

I will try to update both of them as soon as possible.

This site (referred to me by a friend of mine who also follow a lot of bike races in Europe) has been update to 016 version of the Tour de France.

It is a site which helps people like me find suitable camping grounds near the stage parcours. It has bee updated.

The Paris-Nice info has been revealed to the public. I have enjoyed watching the prologue (or first stage near Paris) almost every year since I came to Europe.

In 2016, the first stage is a prologue which takes place near Paris. The city is called 'Conflans-Sainte-Honorine' and is not too far away from Paris. March 6th Sunday can be a cold winter day. I will be ready as my Ford Ka will be equipped with winter tires soon (as soon as Tomorrow).

I am not too sure but I would like to visit Conflans-Sainte-Honorine next year to watch the race.

I totally forgot about it until I read a tweet by Fumiyuki Beppu saying he was going to participate in it.

I have to go there.