Brussels hosts the Grand Départ in 2019. We all know that.

What we did not know was where exactly the peloton would ride. Some sketchy details are surfacing here (cyclingnews.com).

(Click on the images to magnify: images taken from letour.fr and then clipped)

The first stage tackles the famous cobbled climb in Geraardsbergen. It is known as Mur de Kapelmuur (Grammon) and also Muur van Geraardsbergen according to cycingnews.com. It is in the early stage of the stage so it won't have any bearing to the stage result at all. It is merely there for the entertainment of the spectators.

If I were there for the stage, where would I go? I have been to this climb many times but never had the time to climb on my own on a bike before. So I will definitely try to do it but on the day of the stage of course. Maybe on Friday, a day before the first stage.

The second stage is a short individual time trial in the center of the capital. Why do they plan a normal stage first and then a time trial? Is it cheaper that way? Does organizing a long stage on Sunday cost more than having a short time trial on Saturday? I am talking about the additional wages to pay the police officers for the work on Sunday.

I have heard many times from people around me that Brussel is not foreigner-friendly at all. The famous prank that the local punks would afflict on automobiles (with foreign license plates) parked on the side of the roads included stuffing some dog shit on the door handle. Horrible! I was advised to park the car always in indoor parking facilities manned or video camera surveyed (If I was ever) in Brussel.

So I will find a comfortable camping site near Brussel and park my car securely there.

Anyway, I am looking forward to it.

By the way, I am still waiting for the Denmark (Copenhagen) Grand Départ to materialize. I have never been to Denmark.

I flashed the ROM with the latest firmware (Ver. 1.3).

I proceeded as the instructions suggested and it was done in a matter of seconds to 10 seconds, maybe.

I hear the beeps when it is turned on.

I discovered that the manufacturer has posted the latest firmware (Ver. 1.3) on their site. It seems that it was updated on December 1st, 2017.

The improved (or bug fixed) firmware added the features below.

1. Improved: No beep sound while in play back mode;
2. Added: Enable/Disable beep sound in APP;
3. Added: Automatically format the card while powered on if the file system is exFat or NTFS.

The first one is a blessed one. It was annoying that the camera kept on beeping while it was in play back mode.

The second one does not really give me a clue. The start-up beep can be muffled, now? Or something else?

The third one is genuinely an improvement.

I will update it soon and see how it goes.

Wheel spacers (tread extenders)
The wheel spacers that I got from Amaon Germany (H&R B5024541) might not be identical to those sold by IL Motorsport (ilmotorsport.de). I can not confirm it as true or not.

The backside of the spacers (where it meets the hub) was not easily found on anywhere on the net. I only know now that I have them in my possession that it has some groove.


Scissor jack adapter
... previously, I wrote that I had purchased a generic round ruber floor hydraulic jack adapter. I had to do some carving before it could be used with the scissors jack that I had.

I worked on it about an hour or so to make it look like this. I only took rough measurement of the jack and then I made a final adjustment. Now they seem to be in perfect harmony. 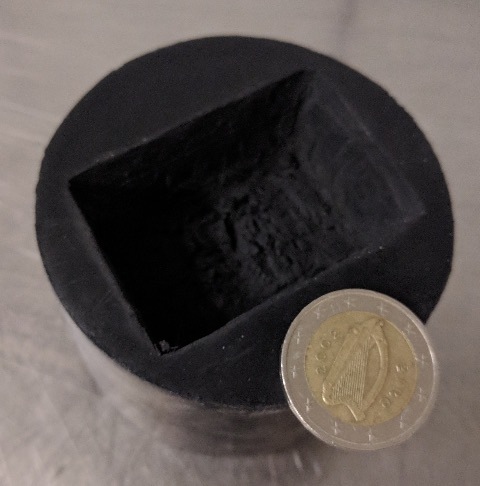 (€2 coin measures at 2.6 mm in diameter and 2.2 mm in thickness and you can see how wide the opening is) 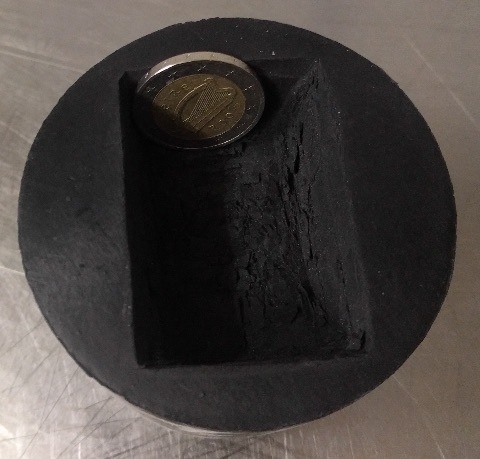 (It shows the depth.)

(The jack head seen from the side.)

(The jack head seen with the adapter from the side)


I used these chisels that I bought from Amazon Germany. In the description pictures, (I thought) they appeared (to me) bigger but when they arrived I was a bit disappointed to find them smaller than I had expected. They worked anyway. I love carving.

These are simple in their construction. A single piece bar with one end edged and sharpened and the other blunt butt.

A thread wraps around them to make it easy to hold tightly although the thread came off just soon after applying force to it. I will probably apply more thread to them and then use shrink tube over them to prevent the thread from uncoiling.


I really sucked at art classes all through my school years. I was terrible when it came to painting and drawing. I was though, in a way, good at carving. At least I liked it.

It strikes me very very odd that after all these years that my current hobby (going to see road cycling race events) involves painting on the road surface and I love it very much.

First time on the Tram

I was on board the tram Today for the first time just briefly because the whole tram line is about 5 km only for the moment.

I did not take pictures but Tomorrow I will try to get some.

I found a nice feature while I was there. There are USB ports for us to charge our cellphones or tablets.

Here are some pictures! 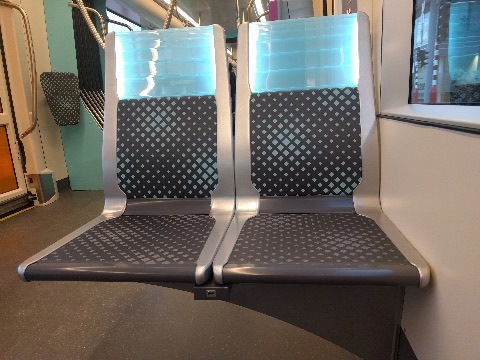 (The seats does not have much cushioning or padding. There's a thin fabric covering the seat but not comfortable at all after several minutes. ) 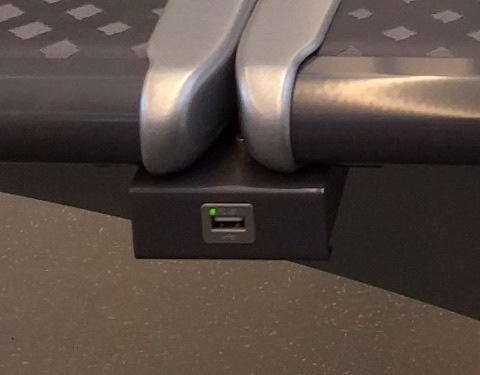 (This seemingly USB port appears to be functioning with this tiny led indicator.)

I have been thinking. This A.U.M. Films (http://aumfilms.org) and Media is the non-profit organization founded by Kip Andersen that is behind the films like "Cowspiracy The Sustainability Secet" and "What The Health."

Buying the films by downloading will also benefit this organization but a donation will directly benefit it.

I will be feeling very good if I do so. How much? 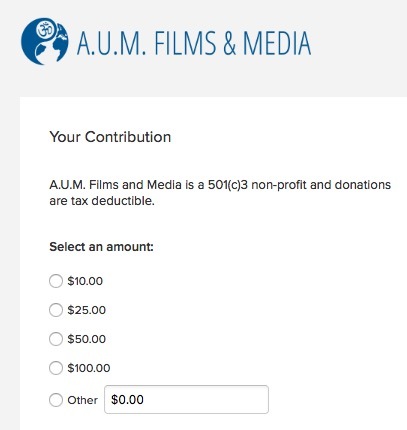 So the numbers are in!

I have been driving around the town on mostly non-highways almost for the last two months with Yokohama's winter tires.

Previously, I was driving mostly on around the town with Yokohama's summer tires until November 17th 2017 and I had my dealer swap the tires.

To my surprise, the milage I got was almost as same as the one I got the last time. When the driving involves a lot of stop-and-gos and driving at 50 km/h or less, the added friction (softer rubber of winter tires) won't make much difference. And besides those factors, I was driving on wet roads almost all the time since the it rained a lot here in Luxembourg.

I am assuming that the friction factor might have played far less part in the last two months.

What the tires with wheel spacers installed would look like

I bought only one pair (25 mm thick each piece, the last one in stock at that time) because I they were on sale on Amazon Germany. I am planning to buy one more pair in near future when the price gets right.

Here are the two images. The first image shows the comparison between the stock (195 / 50 R16?, I guess with no spacers) appearance and the widened result.

The second image shows the image of various spacers installed on the car from thinner 15 mm to thicker 25 mm.

(As mentioned: an image from IL Motorsport site) 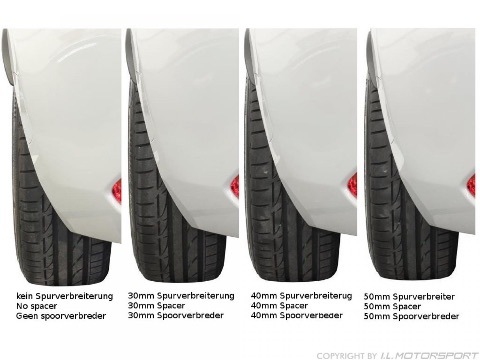 (As mentioned: an image taken from IL Motorsport)

I am keeping my eyes on both 25 mm and 30 mm thick spacers on Amazon Germany. As soon as they get in stock again and the prices get right, I will get either of them.

In Japanese: 続きをどうぞ
[What the tires with wheel spacers installed would look like]の続きを読む
Tweet